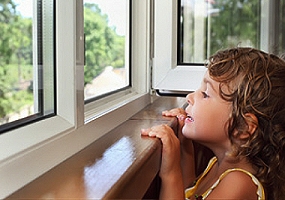 Do we need to re-think the design of terraced houses?

The need to build houses economically and at high density has led many architects to re-consider the layout of the terraced house.

For example, in Britain in the 1950s, three architects – Stanley Amis, William Howell and Gilliam Howell – designed six terraced houses in Hampstead in London with a very narrow frontage of just 3.65 metres each. 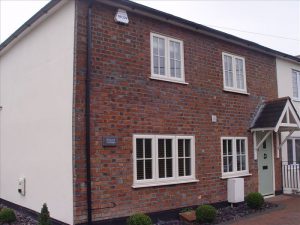 You can find floor plans for the houses on the excellent Modern Architecture London blog. The houses were influenced by the design of Le Corbusiers’s housing block in Marseille which featured apartments with a width of just 3.66 metres.

The narrower the frontage of a house, the greater the constraints in the layout of the house. In the Housing Design Handbook, architect David Levitt (of Levitt Bernstein Architects) says:

“…the tendency to raise densities has increasingly collided with demands for much greater accessibility. Houses designed 30 years ago with frontages as narrow as 3.6 metres and no provision for wheelchair access would not meet current standards.”
“Very narrow frontages, such as 3.6 metres, can only work if there is no separate circulation, particularly from the front door to the centre of the house, so the entire width of the house can represent the width of a living room or double bedroom, and all ground-floor rooms are interconnected so that the stair rises directly from the living space.”

The pressure to build at high density and to fit as many homes as possible onto plots of land means architects have to think harder about maximising “usable space” in and around the home. What does this mean in practice? It could mean eliminating circulation space such as hallways if this frees up more useful space for other purposes.

Many modern homes have very small or non-existent front gardens.

When architecture firm Peter Barber Architects designed the award-winning Donnybrook Quarter housing development in East London, they placed the houses across an intimate pedestrian-scale street. The design encourages (one might even argue forces) residents to get to know one another.

The street is a public space, but it has a semi-private feel due to its intimate scale. It encourages “eyes on the street” but also a feeling of “defensible space” i.e. a sense of ownership or territorialism towards the street by the residents.

The design for Donnybrook Quarter emerged from talking to people in the area about what they wanted from their environment. They wanted:

Clear street layouts without back alleys or blind corners, their own front door, preferably on the street to avoid communal staircases or lifts

The ground floor dwellings open straight onto the street and there are no hallways. Not everyone will feel comfortable with these design decisions. There are, of course, plenty of Victorian terraces where the front door opens directly onto the street. Nevertheless, I think most people would prefer some distance between their homes and the pavement or footpath outside.

Interestingly, a 1970s GLC book about housing layout states there are two universal needs for any housing development: the need for community and the need for privacy. You can see how the Donnybrook development tries to articulate these needs. Has it succeeded? Only the residents can tell us.

Architecture firm Proctor and Matthews designed a series of terraced homes in two, three and four bedroom layouts for a development in Newhall near Harlow.

These houses do not feature the traditional front garden, but the terraced houses include an entrance canopy that provides something of a transition between public and private space.

We use cookies to improve your browsing experience. Parts of the website may not work as expected without them. By continuing to browse this site, closing or ignoring this message, you are consenting to our use of cookies.